HSC to First Semester
A candidate for being eligible for admission to the degree course in Bachelor of Mass Media shall have passed XIIth Std. Examination of Maharashtra Board of Higher Secondary Education or its equivalent from the Science, Arts or Commerce Stream.

No college shall conduct any entrance test in any form and the admissions are purely based on merit duly following the reservation policy as per the norms of Government of Maharashtra. While drawing the merit list, weightage has to be given to students from Arts, Commerce and Science Stream at 12th Standard level. The stream wise weightage to be given is as under :

The applications are to be accepted and processed by the colleges stream wise separately and the merit list is to be displayed stream wise taking into account the reservation policy prescribed by the Government of Maharashtra.

a. The merit list is to be prepared and displayed stream wise.

b. In case if no application is received from any stream, the vacant seats are to be distributed equally between the two streams only.

c. After the first merit list is displayed, if any seat allotted to one stream remains vacant, the same shall be distributed equally between the remaining two streams. In case of vacancy in one stream is of single/odd number of seats, the single seat is to be allotted to the Arts Stream. In case if no application is available from the two streams, then all the vacant seats of such two streams must be transferred to the third stream.

Step (c) be repeated for the subsequent merit lists till all the forms are exhausted or the final merit list is displayed, whichever is earlier. 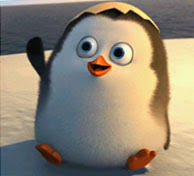